The Eyes Have It

While not a very well known or often talked about god, Bes is easy to find in statuary in modern times. He is the (often) naked dwarf god of Ancient Egypt. Bes is a bit different than the other gods in a few ways but most notably because his imagery is always of him face forward.

Bes is a guardian of children and mothers. Many people connect him with protecting anyone who is oppressed or in need. He is usually depicted dancing as well. In modern times he seems to be making a come back. He is often suggested to pregnant mothers to help protect them and their kids.

Now I myself have never really connected to Bes. I have a fascination with Beset, Bes’ female counterpart, mostly because of her imagery. However Bes just never seemed to draw my attention. Until someone mentioned that they thought of him as a mountain lion, a chubby mountain lion.

This makes sense since Bes has lion attributes and his general look is closely resembling a lion. As an artist there are some things that just sink into your brain and draw up the images right away. This was one. I could see in my mind a sketch of this chubby mountain lion grinning so wide with a feathered headdress on that Bes usually wears. It made me smile immediately. I HAD to draw it.

I needed a smile like that. Goofy and light, without too much thought behind it. We can easily get swept up in the crazy of life that we forget to laugh. So as I was drawing this image I realized something. Bes was teaching me to not take things so seriously. Especially myself. I was so caught up with trying to accomplish things and get things done that I couple enjoy myself. Bes handed me this lesson with his own humorous depiction. And it reminds me to smile and not let things get too serious. 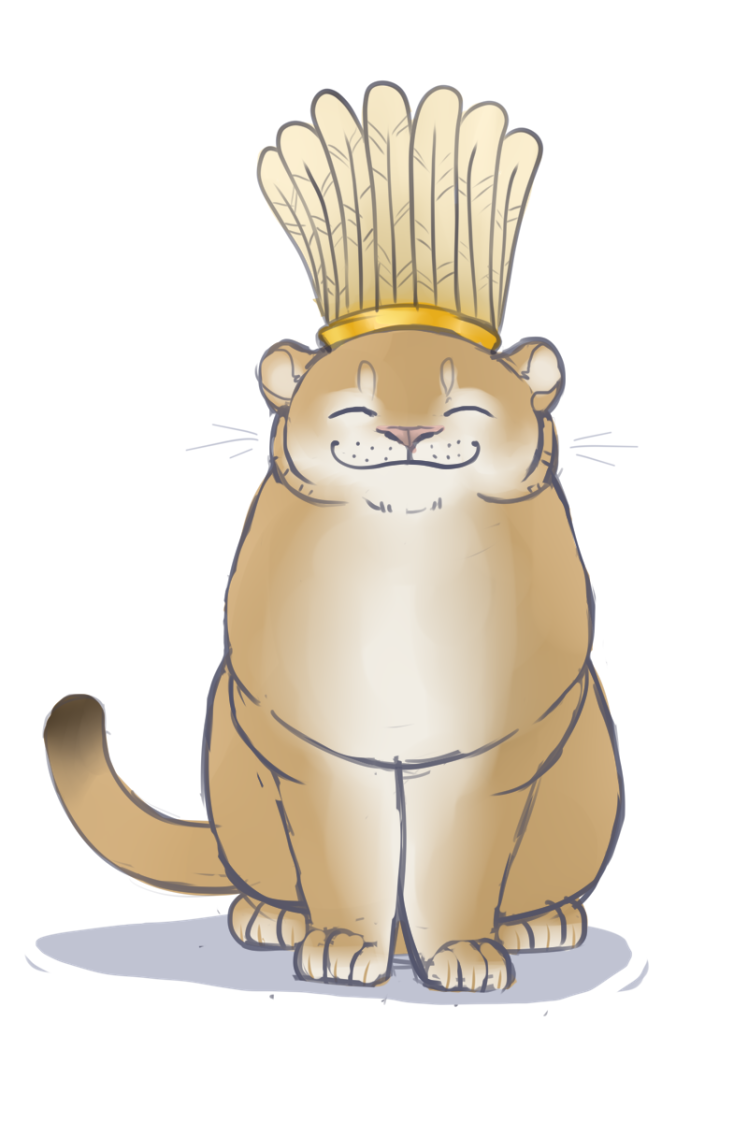